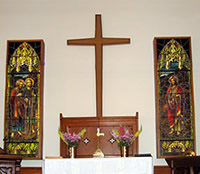 St George’s is an evangelical Protestant church where the Bible is the basis of our faith and the Book of Common Prayer is our standard of worship. Our Biblical preaching and teaching and our traditional “low church” style attract worshippers not only from Hamilton but from across Niagara Region and beyond. Our mission extends both to our congregation and to the wider community. We try our best to meet the spiritual and social needs of all who worship with us, and we try to live the Gospel in the wider community by giving generously and cooperating with causes that address practical human needs. At St George’s you’ll be welcomed and made to feel at home. We hope you’ll join us in the church hall for the free fellowship lunch that follows every morning service. 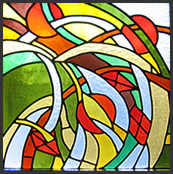 When St George’s Church (founded 1893) was disestablished by the Anglican Diocese of Niagara in 1994, some parishioners wanted to continue as a congregation and began meeting in the basement of King Street Baptist Church. The congregation continued there for about eleven years, preserving their Anglican identity by joining the Reformed Episcopal Church.

In 2004 St Margaret’s Church in West Hamilton met the same fate as St George’s. At that time, St George’s congregation was looking for a church building to purchase and made a successful offer to buy St Margaret’s. This meant not only that St. George’s had a new home, but also that St. Margaret’s parishioners were able to continue to worship in the church that had been theirs for many years, making the new church so much stronger. St Margaret’s and St George’s are bound by a century-long connection, for in 1909 St Margaret’s was founded as a mission of St George’s. 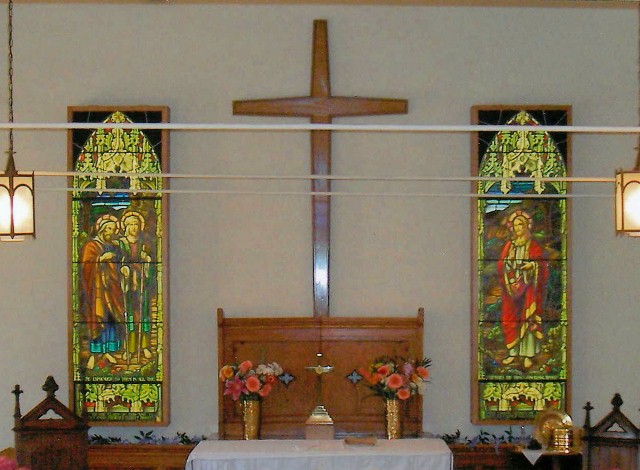 Windows on Our Past

The stained glass windows on either side of the Lord’s Table at the present St George’s Church were originally installed in St George’s Anglican Church on Tom Street, Hamilton, in 1940 by the family of Canon Frederick Elliott Howitt (1858-1939), who was Rector of St George’s Church from 1895.

Mr Elliott Haverlack, of Meadville, Pennsylvania, the great grandson of Canon Howitt, came to Hamilton intending to visit St. George’s on Tom Street to view once again his great grandfather’s memorial windows. One can imagine his dismay at finding that the church had been sold to another denomination and the memorial windows had been removed. Contacting the Diocese of Niagara’s archivist, Mr. Haverlack learned that the windows had been sold to a Hamilton funeral home to be installed in their chapel. But when he visited the funeral home, the windows were still lying on the basement floor under stacks of papers. Mr. Haverlack negotiated the purchase of the windows and took them to a home he owns in New York State. They might have remained there, except for a letter that Mr. Haverlack’s aunt, Barbara Stewart Ferguson, wrote to the Niagara Anglican protesting the way the beloved windows had been treated, and cautioning other families who had commissioned memorial windows for churches that might also be disestablished.

That edition of the Niagara Anglican found its way into the hands of St George’s Rector, Archdeacon John Smith. When he contacted the family, they generously offered to give the windows to the new St George’s, whereupon two parishioners drove to New York and brought the windows back to Hamilton. Despite all those miles and lying on a basement floor, in God’s providence not a single pane was broken. The windows were rededicated on 15 May 2005 with members of Canon Howitt’s family in attendance. Canon Howitt’s windows truly have come home, for in 1905 it was that same Canon Howitt who purchased the land for the building of St Margaret’s Church, which held its inaugural service in December 1909.